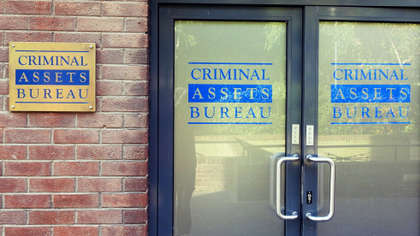 The Criminal Assets Bureau has released its annual report, revealing that more than €4 million was returned to the state in 2020, including over a million euro seized from suspected drug dealers.

Tax demands of €8.7 million were also served in 2020. Of that figure, €2.5 million was served to suspected drug dealers, including the Kinahan cartel.

€5.8 million worth of assets were frozen, including properties, vehicles, jewellery and the contents of bank accounts.

€4.2 million was returned to the state by the CAB through settled tax demands, refunds of bogus social welfare payments and the sale of frozen assets.

The CAB conducted 54 search operations across 20 countries in 2020. €5.4 million was returned to the Nigerian authorities. The funds had been misappropriated in an Irish financial institution by the late former Nigerian President, General Sani Abacha.

"Even during the circumstances of the national response to the COVID-19 pandemic, the Criminal Assets Bureau continues to play a crucial role in deterring illegal activity by freezing and confiscating assets identified as deriving from the proceeds of crime," said Minister for Justice Heather Humphreys. "The bureau is an example of international best practice in law enforcement and over the last 25 years has demonstrated how we, as a country, can lead the way in tackling serious crime. This Government is fully committed to continuing to support the excellent work that the bureau does."