Dublin Mural Pays Tribute to Those Lost to COVID-19 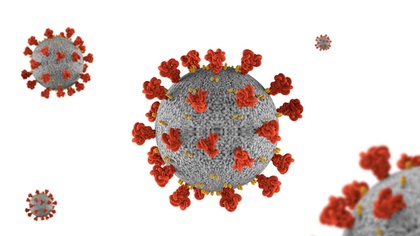 A new mural off O'Connell Street honours those who died from COVID-19.

On the side wall of the AIB building at 40 O'Connell Street stands a tribute to the almost 5,000 Irish people who have died from COVID-19.

In collaboration with the Hugh Lane Gallery, the mural was painted by street artist Asbestos.

Titled "Pass Freely", the mural features a masked figure assembled from painted burnt matches, with each match representing a victim of the virus. Matches will continue to be added during the lifetime of the pandemic.

Next to the mural is a hoarding which reads "Pass freely from one level of existence to another," a quote from Joseph Beuys’ 1974 book The Secret Block for a Secret Person.

The mural will remain on display until the end of the year. The Hugh Lane Gallery will be hosting a series of public talks and events in connection with the mural.

Speaking of his creation, Asebestos said that each match "represents the life of a person who has passed away in Ireland during the Covid pandemic, each extinguished at a different stage of existence. Each life cut short, along with their hopes, ambitions and the memories."

Asbestos has appealed for anyone who has lost someone to the virus and would like to be included in the mural to contact him via Whatsapp voicemail on 087 383 4088.