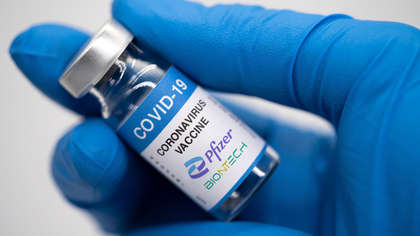 The European Medicines Agency (EMA) is expected to make a decision in early October regarding a third "booster" dose of the Pfizer-BioNTech COVID-19 vaccine.

In the US, a third dose of the Pfizer vaccine has recently authorised for those aged 65 and older, those with high risk of severe disease and anyone exposed to the virus on a regular basis.

"EMA's decision on the third dose of Pfizer is expected for the beginning of October," a source revealed. Pfizer and BioNTech have yet to comment.

On September 6th the EU regulator revealed that it was in the process of evaluating data submitted by Pfizer and BioNTech for a third booster dose, which would be administered six months after the second dose for people aged 16 and over.

Earlier this month the European Centre for Disease Prevention and Control (ECDC) said there was no urgent need for a third booster dose for fully vaccinated people, but that it should be considered for those with weak immune systems.

Several EU countries have already taken the decision to administer a third dose. Without a formal decision to do so by the EMA, such countries face a high legal risk.

The EU's latest contract with Pfizer-BioNTech is for 900 million doses, most of which would only be used if a third dose is considered necessary or new variants prove resistant to existing vaccination.

More than 70% of the EU's adult population is now fully vaccinated.