Facebook Whistleblower to Be Invited to Appear Before Oireachtas Committee 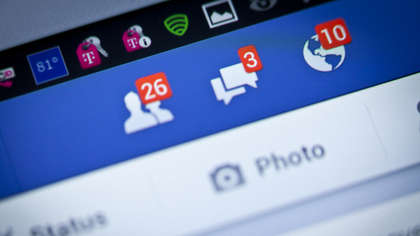 Facebook whistleblower Frances Haugen will be invited to appear before TDs and senators next year.

The Oireachtas Committee on Media has agreed to Fianna Fáil Senator Malcolm Byrne's call to issue an invite to Haugen.

Earlier this month Haugen gave testimony before a US Senate subcommittee, while earlier this week she answered questions from UK MPs in London.

Haugen was an employee of Facebook's civic integrity unit. Before leaving her job she secretly copied thousands of internal documents which she then released to the public.

"When I worked on counter espionage, I saw things where I was concerned about national security and I had no idea how to escalate those because I didn’t have faith in my chain of command," Haugen said. "I flagged repeatedly when I worked on integrity that I felt that critical teams were understaffed. Right now there’s no incentives internally, that if you make noise, saying we need more help – people will not get rallied around for help, because everyone is underwater."

Haugen revealed that Facebook's own research found that Instagram, the photo-sharing platform it owns, poses dangers for young people.

"When I was in high school, it didn’t matter if your experience in high school was horrible, most kids had good homes to go home to and they could at the end of the day disconnect, they would get a break for 16 hours," she said. "Facebook’s own research says now the bullying follows children home, it goes into their bedrooms. The last thing they see at night is someone being cruel to them. The first thing they see in the morning is a hateful statement and that is just so much worse."

The Oireachtas Media Committee now wants to invite Haugen as part of their Spring 2022 schedule.