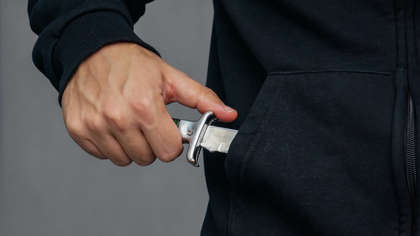 The father of a teenager who was stabbed to death in Dublin in 2019 has been speaking about the need to tackle knife crime.

In 2019, Abdul's 18-year-old son Azzam was killed in Dundrum. Abdul expressed his frustrations at the lack of action taken to tackle knife crime since his son's death.

"There's no action," he said. "I didn’t see anything. Of course it’s frustrating. I’m surprised actually and in the meantime I am deeply shocked how they can seize nearly 1,000 knives in eight months – not even in the whole year. I don’t know what they are waiting for. How many lives do we have to lose to push this issue? We have to take action, otherwise we’re going to lose more and more lives."

Abdul appealed for those with influence over youngsters to become involved in educating about knife crime.