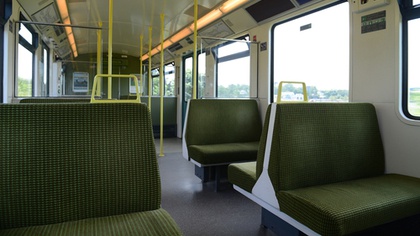 A man was arrested on Friday night when a large quantity of tablets was found on his possession on a DART.

Along with Irish Rail staff, Gardaí were conducting drug-related stop and search procedures as part of a wider operation in response to the recent rise of anti-social behaviour on DART trains and in stations.

Following a search of a man in his thirties at Howth Junction, Gardaí found over a thousand tablets – believed to be Xanax, a tranquiliser generally used in the treatment of anxiety disorders – on his person.

Analysis of the drugs is pending, with Gardaí estimating a total value of over €2,000.

The arrested man has since been released, with a file being prepared for the Director of Public Prosecutions.

Recent weeks have seen several incidents of anti-social behaviour plaguing the DART line. Public outrage peaked when footage emerged of a woman falling between a DART and the platform at Howth Junction Station during an incident on April 1st involving teenagers intimidating commuters. Four teenagers have subsequently been arrested as part of ongoing investigations.

A text service is in operation for any commuters who wish to report anti-social behaviour on Irish Rail trains or at stations. Text "TRAIN", along with details of the incident, to 51444.