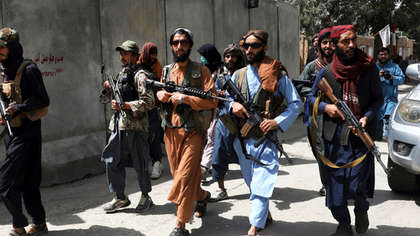 Despite an initial deadline of tomorrow, Tuesday August 31st, for those wishing to leave Afghanistan, the Taliban has assured Ireland and other countries that people can continue to leave if they wish to do so.

A joint statemt from 90 countries reads "We have received assurances from the Taliban that all foreign nationals and any Afghan citizen with travel authorisation from our countries will be allowed to proceed in a safe and orderly manner to points of departure and travel outside the country."

Minister for Foreign Affairs Simon Coveney says the Taliban wants to Kabul airport operating as normal with a resumption of commercial airline operations.

"What the Taliban have said, as of Friday evening, is that they will not prevent foreign nationals from leaving Afghanistan," Coveney said. "They’ve also said that they won’t prevent Afghans, that have paperwork and visas to leave, and to go to other countries. Of course people are skeptical about that, and that is why I would say: those that are in contact with our consular team should stay in close contact with our consular team and we will work with them to try to make sure that they can travel as safely as possible."

There are currently approximately 60 Irish citizens in Afghanistan, including 15 Afghans with Irish residency.

The Department of Foreign Affairs has prioritised 150 cases of family reunification. 250 Afghans have been granted asylum due to having worked against the Taliban, thus putting their lives in danger now.