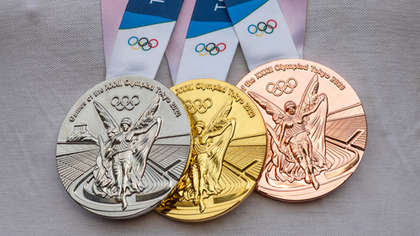 19-year-old Nicole Turner of Portarlington took home the silver medal in the final of the S6 50m butterfly.

Turner achieved a personal best time of 36.30 seconds to finish second behind Chinese swimmer Yiyan Jiang, who posted a time of 34.69.

Ireland's Turner was among a competitive crowd, with just over a second separating her second place from the sixth place swimmer.

"To be honest, it hasn’t sunk in at all," Turner said immediately after the final. "Coming in to Tokyo, looking back on Rio being so close to that bronze medal, the aim after Rio was just to get on the podium in Tokyo, but I never in a million years thought I’d be silver. I always thought I’d be in a fight for bronze."

"It feels like a dream come true," Turner added. "This is honestly the best day of my life. To even get to Tokyo this year, but to be on the podium with a silver medal, it’s for everyone at home, it’s not for me."