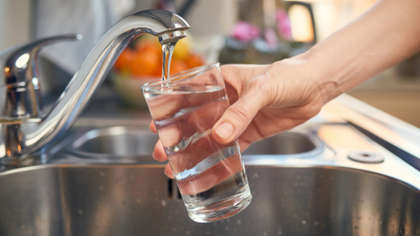 The Chief Executive of Irish Water has apologised after at least 52 customers became ill after drinking contaminated water.

Water produced at plants in Ballymore Eustace and Creagh was found to be untreated.

"Wexford county council had resolved the problem and at that point the untreated water had been in the system, but had flushed through," Gleeson said. "So there was no advantage in putting on a boil water notice at that stage when we were informed. The issue here is we should have been informed by Wexford County Council as soon as the incident happened. Now, I know they had some communication issues with their own operational staff around the issue, but that’s what we’re investigating now."

Irish Water will now conduct an audit of 800 water treatment plants, beginning with the country's 20 largest plants. They are set to work more closely with local authority staff to create an understanding of the processes and alarm conditions.

"We would like to apologise to all of our customers, these incidences certainly shouldn’t have happened," Gleeson acknowledged. "We should have communicated quicker, we should have dealt with the HSE and the EPA to agree necessary steps when untreated water went into the system. So there was a failure there. We’re taking steps to make sure those failures don’t happen again."