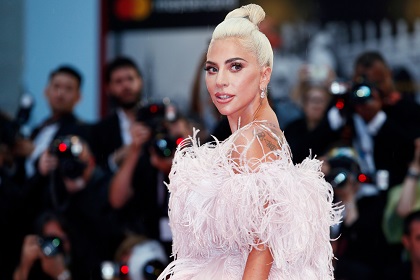 ‘House of Gucci’ actress and pop icon Lady Gaga is due to appear alongside Ryan Tubridy from London on this week’s Late Late Show.

Lady Gaga will appear on Friday night’s Late Late Show to promote her newest film ‘House of Gucci’ where the pop star will play the lead role of Patrizia Reggiani in the Ridley Scott directed retelling of the story of the famous Italian fashion house.

The pop star who showed off her acting chops on projects like ‘American Horror Story: Hotel’ and ‘A Star Is Born’ reported that she took this role so seriously that she lived as Reggiani for a year and half, both on and off set.

Ryan Tubridy will also interview the Oscar winning actress on her friendship with jazz musician Tony Bennett as well as her experience with bullying.

“Lady Gaga is a pop-cultural phenomenon, whatever she turns her hand to seems to shine from the Grammys to her Oscar, she is a fascinating mega-star. I cannot wait to talk to her,” Tubridy said.

The Late Late Show will air on RTÉ One on Friday November 12th at 9:35pm.