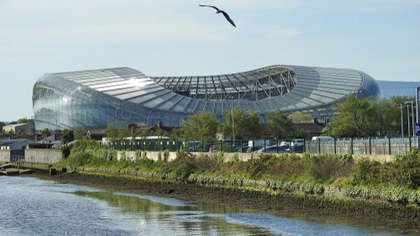 Minister for Sport Catherine Martin has condemned the "disturbing" actions of a group of fans ahead of Sunday's FAI cup final.

Fans of St. Patrick's Athletic were gathered at the Irishtown House in preparation for the match when the pub was attacked by a group of rival fans who threw bottles and fireworks at the pub.

Families with young children had been attending a barbecue at the pub at the time of the attack.

"There were very disturbing scenes around the playing of the FAI Cup final," Martin said. "These are unacceptable for communities and fans who want to celebrate a great sporting moment."

"I’m just glad that most of the Pats fans didn’t retaliate," said a member of staff at Irishtown House. "It could have been a lot worse if they had."

"They came in throwing bottles," the staff member said of the attack. "It was a very poor show. It was just a gang of thugs at the end of the day, but it was orchestrated. They came to cause trouble."

A garda investigation is currently underway.

"An Garda Síochána is aware of an incident that occurred on the afternoon of Sunday, 28th November, 2021, on the Irishtown Road, Dublin 4," a garda spokesperson said. "Order was quickly restored by Gardaí who attended the scene. Investigations into this matter are ongoing."