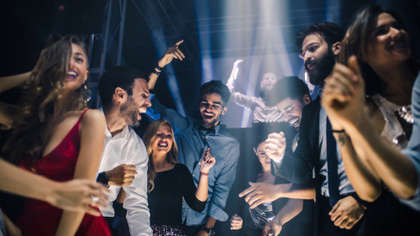 Under a new proposal, anyone attending an Irish nightclub will be required to purchase a ticket online at least one hour in advance of arriving at the venue.

The new rule was discussed at a meeting held this morning between government officials and representatives of the hospitality industry.

The ticket requirement will only affect venues where dancing takes place, rather than live music venues, as was previously announced.

The proposal is designed to eliminate crowds gathering at the doors of venues, with only ticket holders allowed to queue.

Representatives of the hospitality industry have asked for a grace period of two weeks to put the required online ticketing systems in place.

"It's very unacceptable really that four days after reopening, after the longest lockdown in the world, after 595 days of closure, we still don't know what guidelines we're supposed to be operating," said Licensed Vintners Association Chief Executive Donall O'Keeffe, who described the announcement of the ticketing requirement as a "bombshell" for the industry.

O'Keeffe fears that the new guidelines will deter venues from hosting live music, putting musicians' livelihoods at risk in the crucial pre-Christmas period.