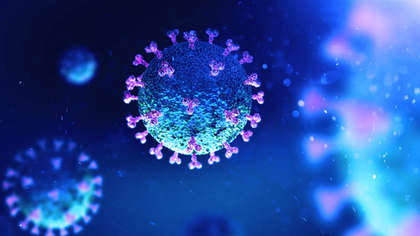 Promoting his new book - Keep Calm and Trust the Science – a diary he kept during the pandemic, O'Neill said that rather than case numbers, "it is hospitalisations and ICU numbers you need to look at now."

A long-time advocate for vaccines, O'Neill had harsh words for those still refusing to get jabbed.

"You would be foolish not to take a vaccine," he said.

O'Neill spoke of his confidence that science would conquer the virus.

"It was never a case that we wouldn't beat Covid because I knew we would," he said. "Even the Black Death went away. I dedicate the book to all the scientists who worked on Covid."

"The evidence is in the book," he said. "10 months ago I was strongly saying all the evidence is to get the antigen tests out there widely. There has been a bit of a slowness in the whole process."

O'Neill cited "a 10 minute talk about antigens" with his barber as evidence that Irish people were interested in the science around the pandemic.

"Antigen is a technical term and now it is tripping off people's tongues," he said. "It has taken months and months for the message on antigen testing to get through."