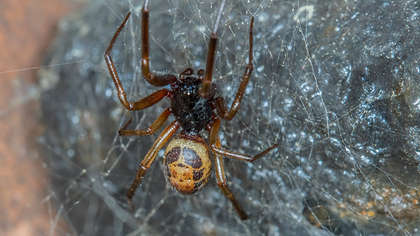 A warning has been issued by the National Poisons Information Centre regarding the false widow spider.

The false widow, which originates from the Canary Islands, has venom that is considerably more potent than Ireland's native spiders. NPIC highlighted how it thrives in low temperatures, increasing the risk of coming across one in the home over the winter months.

The warning noted that the false widow "is established in most counties in Ireland" and is now the "most common urban spider."

"Its tolerance to cold temperatures, activity throughout the year and a 5-year life span make it competitive against native Irish spiders," the NPIC said. "In contrast native spiders are inactive during colder months, have shorter life spans and produce fewer offspring."

The false widow "shares two-thirds of its venom toxin with that of a true black widow," according to the NPIC.

The warning stressed that a bite from the spider isn't fatal but its severity "will depend on the spider and the sensitivity of the individual."

"Pain, redness and swelling at the area of the bite are common," the NPIC said. "Nausea, vomiting, headache, hot and cold flushes sometimes occur. Necrosis and bacterial infection have rarely been reported."

Anyone bitten by the spider should "Gently wash the affected area with soap and water. Apply a cold pack to the site. Contact the NPIC, GP or pharmacist if pain persists or swelling develops. Seek medical attention for bites on or around the eye. Seek urgent medical advice if vomiting, radiating pain and/or hot/cold flushes develop."

The NPIC assured the public that the false widow doesn't bite randomly and usually saves its venom for its prey rather than humans.