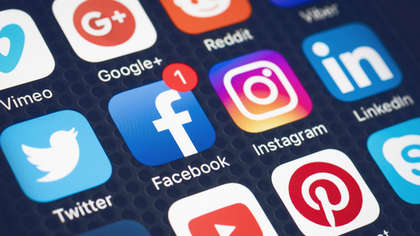 Despite social media and messaging apps employing age restrictions, a new survey has found that as many as four fifths of Irish children aged 8-12 are using such platforms.

For their annual report, CybersafeKids Ireland conducted a survey of almost 4,000 children in the 8-12 age bracket.

The survey found that 93% of the children owned a smart device that could access social media apps.

The most popular apps among the children surveyed were YouTube (74 per cent), TikTok (46 per cent), WhatsApp (39 per cent) and Snapchat (37 per cent). The latter three apps have an age limit of 13+.

80% of the children were found to play games online. 61% claimed to have been contacted by a stranger during online gaming. This is up 16% on last year's survey.

A quarter of the children surveyed said they had experienced something disturbing on the internet which they didn't want to tell their parents about.

30% of the children said they could access the internet whenever they wanted, while 13% said they were subjected to no rules regarding internet use.

Teachers were also questioned in the survey, with 80% saying online safety was an issue in their school.

"We need to recognise as parents that when children are active online, or even beforehand, that we prepare them," she said.