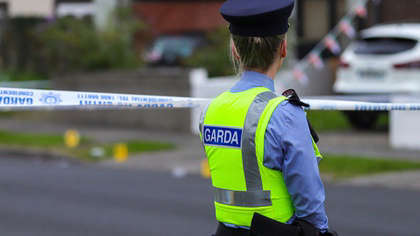 A man in his 20s has died after being stabbed in Tallaght.

The attack occurred at Mac Uilliam Road in Tallaght at approximately 7.15pm on Tuesday evening.

The victim, said to be in a serious condition, was brought to Tallaght University Hospital where he later passed away.

A second man, believed to be in his 40s, was also injured during the incident and taken to Tallaght University Hospital. He is being treated for non life-threatening injuries.

The scene at Mac Uilliam Road is currently preserved. A post mortem is expected to be carried out on the victim today.

"Gardaí in Tallaght are investigating a fatal stabbing of a man, aged 25 years that occurred at approximately 7.15p.m. this evening Tuesday 10th August, 2021 at Mac Uilliam Road, Tallaght," a Garda spokesperson said last night. "Gardaí were alerted to the incident and the man was seriously injured and removed to the Tallaght University Hospital where he passed away later this evening."

"A second man (40s) was also injured and removed to Tallaght University Hospital and is being treated for his non life threatening injuries," they continued. "The scene is currently preserved and the State Pathologist has been notified. A post mortem will be carried out tomorrow Wednesday 11th August, 2021."

Gardaí are appealing for anyone who may have witnessed the incident or was in the area between 6.30pm and 7.15pm on Tuesday evening to contact Tallaght Garda Station on 01 666 6000, the Garda Confidential Line 1800 666 111 or any Garda station.