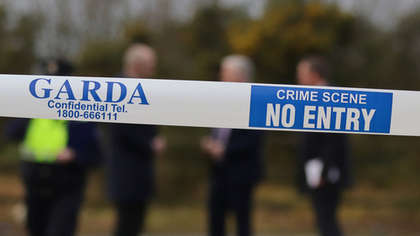 The man killed in a stabbing incident in Tallaght was a talented footballer and fitness instructor.

25-year-old Ademola Giwa was attacked at MacUilliam Road, Tallaght, at 7.15pm on Tuesday evening. He was stabbed in the neck during an altercation that had begun earlier in the evening.

Garda attempted to perform CPR on Giwa at the scene before he was taken to Tallaght University Hopsital, where he was pronounced dead soon after.

A man in his 50s was also injured after attempting to intervene in the altercation. He is being treated for injuries that aren't life threatening.

A suspect, a male in his 20s, was arrested in Dundalk, Co. Louth and is being detained for questioning at Tallaght Garda station.

A post mortem was carried out last night. When the results are received it's expected the investigation will be upgraded to murder.

Gardaí have been carrying out door to door enquiries in the area.

Giwa was a fitness fanatic and gym instructor, and was considered a talented footballer.

"You were a pleasure to train with buddy," they wrote. "RIP Ademola. From your two former managers Antony Dempsey and David McKeever and all your former teammates of Marks Celtic."

A friend described Giwa as a "very talented footballer who loved the sport."

Local councillor Charlie O’Connor encouraged locals to "co-operate with gardai in Tallaght as they are appealing for witnesses to come forward."

A Garda spokesperson said "Gardai are continuing to appeal to any persons who may have witnessed the incident or were in the area between 6.30pm and 7.15pm or any passing taxis with dash cam footage to contact Tallaght Garda station on 01 666 6000, the Garda Confidential Line 1800 666 111 or any Garda station."