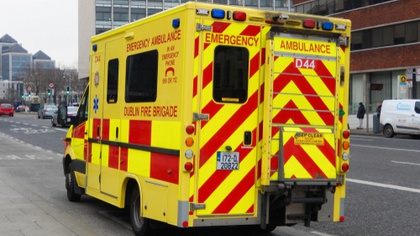 A 15-year-old girl has died after being injured during a training exercise at the Greenogue equestrian centre in Dublin's Tay Lane.

At approximately 2pm on Wednesday, June 16th, Gardaí in Ballyfermot received a call from the centre and rushed to the scene. They were joined by Dublin Fire Brigade and the National Ambulance Service.

The girl had been taking part in a training exercise at the centre when she suffered injuries. She was taken to Children's Health Ireland in Crumlin, where she later passed away.

The Health and Safety Authority will examine the scene today. Details of the accident have yet to be released.

A spokesperson for the Gardaí said "Gardaí in Ballyfermot responded to a call today at an Equestrian centre at Tay Lane, Co. Dublin at approximately 2p.m. Wednesday 16th June, 2021. Dublin Fire Brigade and the National Ambulance Service were in attendance and providing medical assistance to a young female (15 years) who was injured during an exercise event. She was removed to Children's Health Ireland (CHI) at Crumlin where she later passed away. The Coroner has been notified of this tragic incident. The Health and Safety Authority have also been notified and will carry out an examination tomorrow, Thursday 17th June, 2021."

With investigations ongoing, a file is being prepared for the Coroners Court.

In a statement, Horse Sport Ireland called the girl "a much loved member of the equestrian community."