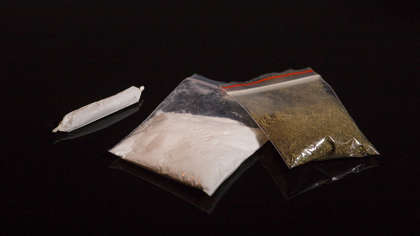 Two men have been arrested following a garda operation that led to the seizure of over €1.3 million worth of cannabis and cocaine in Dublin.

Members of the Garda National Drugs and Organised Crime Bureau (GNDOCB) and the Special Crime Task Force (SCTF) combined on Monday evening to carry out searches at a West Dublin business premises and two residential premises in the city centre.

66 kilos of cannabis were seized along with a smaller quantity of cocaine and a mixing agent. The drugs are said to have a combined value of €1,320,000.

Two vehicles and €33,090 in cash was also seized during the raids.

Two men aged 35 and 36 were arrested during the searches. They are suspected of being involved in drug trafficking.

The arrested men are being held at Finglas and Mountjoy Garda stations under Section 2 of the Criminal Justice (Drug Trafficking) Act, 1996.

The searches were undertaken as part of ongoing investigations targeting the activities of organised crime groups involved in drug trafficking.

In a separate incident a man in his 60s was arrested when a baton, ammunition and a balaclava were found on his car during a search in the city centre late on Monday night. A follow-up search at the man's home led to the seizure of various weapons including a firearm.