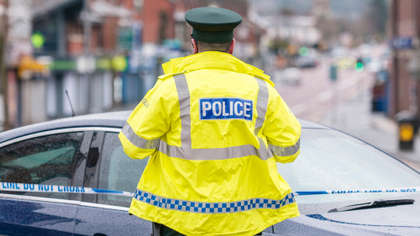 Following the arrest of four men earlier this week, two have now been charged with the murder of journalist Lyra McKee.

29-year-old McKee was shot dead while observing a riot in the Creggan area of Derry on April 18th, 2019. A dissident Republican group known as the New IRA claimed responsibility for her murder.

The 20-year-old has been charged with rioting, possession of and throwing petrol bombs.

The 19-year-old has been released without charge pending a report to the Public Prosecution Service.

The three charged men are due to appear via video link before Derry Magistrates Court today.

"The tragic murder of Lyra McKee was a reminder that a small minority of individuals continue to seek to cause harm to communities," said Northern Ireland Secretary Brandon Lewis. "This was an utterly senseless and shocking crime and I applaud the continued work of the PSNI to bring those responsible to justice. The fact that serious charges have been brought forward, which includes two individuals being charged with Lyra’s murder, is to be strongly welcomed and is testimony to that hard work. I would like to thank the PSNI and security partners for their dedication to keeping the people of Northern Ireland safe."