Legendary Diva, Diana Ross Is Back With A New Album!! 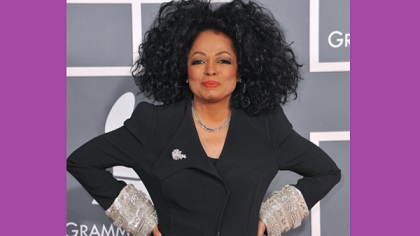 Diana Ross is back with the release of her new album, Thank You.

Diana Ross is set to make her music return with her first, original material in 22 years, and her first album of any kind since 2006. Her latest masterpiece, Thank You was written during lockdown and created with a variety of contemporary pop producers, including Taylor Swift, Lana Del Rey and Lorde collaborator, Jack Antinoff.

“This collection of songs is my gift to you with appreciation and love. I am eternally grateful that I had the opportunity to record this glorious music at this time,” Ross said in a statement. “I dedicate this songbook of love to all of you, the listeners. As you hear my voice you hear my heart.”

According to a press release, the new album “offers a powerful, inclusive musical message of love and togetherness. With its songs of happiness, appreciation, and joy, it wholeheartedly acknowledges that we are in this all together”.

Following her announced deal with Decca Records, the company will release the new album, Thank You, this Autumn. The ‘disco-tinged’ title track released today, the 17th of June and is Ms Ross’ 25th album, following 2006’s classic love song cover collection, I Love You. With her last album of original material dating way back to 1999, with Every Day Is a New Day.

Working solo, following a hugely successful career with The Supremes, Ms Ross has sold more than 100 million records worldwide. In 1993, she was inducted into the Guinness Book of Records as the most successful female musician of all time. The singer was due to perform at the Sunday afternoon legends slot at Glastonbury in 2020, prior to COVID cancelling everything. But don’t worry, the legendary diva will tour again in June 2022.