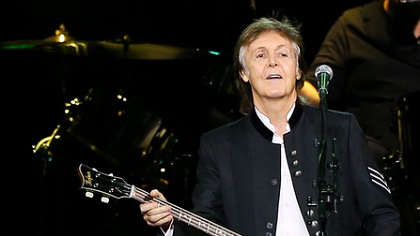 Paul McCartney has paid an emotional tribute to the late Rolling Stones drummer Charlie Watts, who passed away aged 80.

Calling the loss "a huge blow", the Beatles legend was one of many musicians to express their sadness after Charlie Watts' death was confirmed yesterday.

“So sad to hear about Charlie Watts – Stones drummer – dying".

“He was a lovely guy", he continued. "I knew he was ill, but I didn’t know he was this ill, so lots of love to his family, his wife and kids and his extended family, and condolences to the Stones. It’ll be a huge blow to them because Charlie was a rock, and a fantastic drummer, steady as a rock".

“Love you Charlie, I’ve always loved you. Beautiful man, and great condolences and sympathies to his family", he added.

Charlie Watts had been a member of the Rolling Stones since 1963, along with Mick Jagger, Keith Richards and Brian Jones.

Alongside Richards and Jagger, Watts was the only other member of the band to have featured on every studio album from the band. The last one being 2016's "Blue and Lonesome".