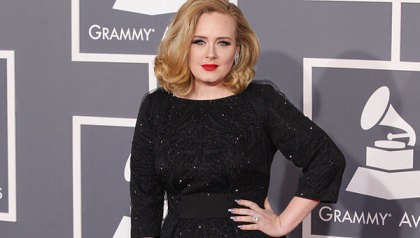 Speaking to beauty vlogger NikkieTutorials, Adele revealed that picture in question was of her wearing Bantu knots and a Jamaican flag bikini top ahead of the 2020 Notting Hill Carnival.

“In COVID, they [Adele’s management] let me have my password", the singer said. "I was never allowed my passwords for my socials before. It’s actually quite a well-known fact".

She added, “They were worried if I’d get drunk, or be annoyed, whatever I would do. Not responding to anyone, more just posting my general thoughts".

“Then I posted a picture, which a lot of people know about. It’s the only picture I ever posted myself. And then they took my password away from me again".

After posting the image, Adele was accused of cultural appropriation.

“This humbug totally misses the spirit of Notting Hill Carnival and the tradition of ‘dress up’ or ‘masquerade", Lammy tweeted. “Adele was born and raised in Tottenham she gets it more than most. Thank you Adele. Forget the Haters".