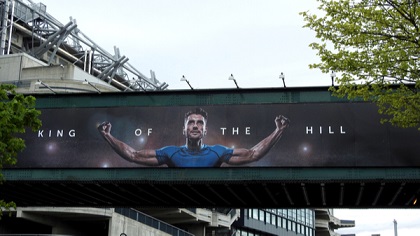 Dublin’s dominant, left-corner forward, and GAA legend, Bernard Brogan has become a father for a third time, when his wife Keira Doyle gave birth to a baby girl. Last night, the star revealed the joyous celebrations on social media, announcing the welcoming of their first daughter in a heart-warming snap.

With the caption, “it’s a girl”, the former Dublin star shared a photo of him cradling his new-born daughter on his Instagram account, to 65,300 followers. In the adorable shot, both father and baby are wrapped in blankets with the baby’s head resting on the doted father’s chest.

Keira and Dublin legend, Brogan are already parents to twin boys, Donagh and Keadan, following their birth in July 2018. However, Kiera gave birth to their first daughter yesterday in the Rotunda Hospital in Dublin.

Bernard and Keira have been married since December 2016, when they tied the knot in Co Kilkenny Mount Juliet resort, 11 months following engagement. While playing for the capital, ‘Lord’ Brogan won four All-Star awards and claimed the Footballer of the Year award for 2010. Following seven All Ireland winner’s medals, the forward ace retired from the Dublin senior football team in 2019.

Since Brogan's retirement from inter-county football, he has written successful autobiography, The Hill, which chronicles stories of the challenges, injuries, life lessons, and general ups and downs the star faced throughout his illustrious career. During a previous conversation with James Patrice of The Gift Show, Brogan discussed how he hopes the book can inspire “a new generation of GAA players and sportspeople”. 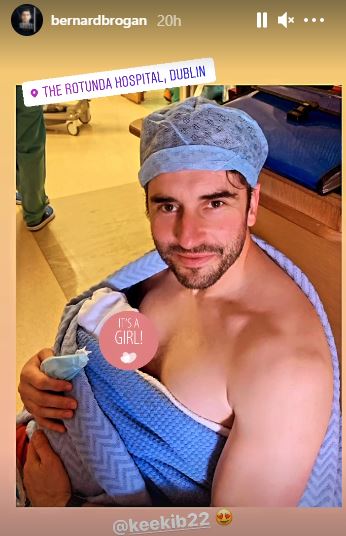