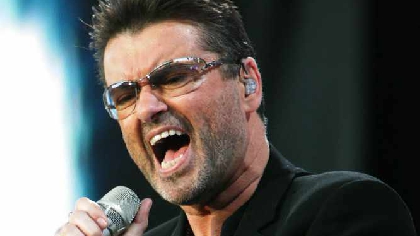 George Michael's former partner Kenny Goss has finally gotten a share of the late singer's £97 million estate despite the family saying he "wouldn't get a penny". They had been a couple for 13 years.

Eleven people were named in George's will after his sudden death on Christmas Day 2016 but his Wham! bandmate Andrew Ridgeley, his former partner Kenny Goss and Fadi Fawaz, who was his boyfriend at the time of his death, were excluded.

Some of the people listed in the will included Melanie Panayiotou who is George's younger sister and worked with him throughout his career on hair and make-up.  His older sister Yioda was named too and was given most of the control over his fortune.

Kyriocas Panayiotou, George's father who was a restauranteur also got a cut as did his old friend Shirlie Kemp of "Pepsi and Shirlie", who was one of George's backing singers in "Wham!" and has George to thank for introducing her to her husband Martin Kemp from "Spandau Ballet".

Kay Beckenham was a model he befriended in the 80's and she was shocked to have been included in his will. His publicist Connie Filippello was named too aswell as record producer David Austen who was George's best friend.

George left a substantial amount of his estate to his cousin Alex Georgiou who worked as his personal assistant and driver at the height of his fame. Another friend Sonia Bird and Michelle May, a former PA were also left a share of his estate with the rest going to charity.

Surprising then that his former partner Kenny didn't get a mention.  He requested £15,000 a month claiming that George Michael had been supporting him financially even though they had split up years before.  Kenny Goss questioned George's state of mind when he signed his will in 2013.