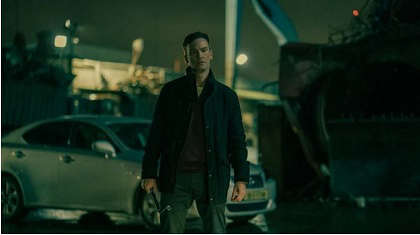 Actor Keith McErlean has defended the RTÉ crime drama KIN after the show was accused for glamorising crime.

McErlean who plays Con Doyle on the crime drama, said that half a million viewers of the show can handle it's portrayal of Dublin gangland crime.

"Watch something else, try another channel, try Netflix. Don't watch it - but there are half a million people watching it", he said of people of claim that KIN glamorises crime.

He also added, "But it’s on at 9.30pm. There are certainly things in it like sex and violence and drugs and all sorts of things that are already on TV now. We thought Irish people would be scared of that, but didn’t they love it on Love/Hate?".

"I don’t see what the issue there is really. People who don’t want to watch the show or who think it’s a disgrace, watch something else. There are plenty of other channels. The 500,000 people who do like KIN, they’re alright. I think they can take the violence and the whatever", he added.

McErlean has insisted that KIN is very different to Love/Hate.

"It’s inevitable that people are going to make comparisons, but they are two different shows. Other than criminality and being set in Dublin, that’s it", he said. "What they both have in common though is that Kin and Love/Hate are both well written, well-acted shows".

In tonight's episode of this tense drama, things get very serious for McErlean's character Con as his desperate game begins to hit him where it hurts.

"There’s an unwritten rule in this game that women and children should not be involved, and they should never be harmed or brought in any way", he said. "It’s frowned upon and in the real world it’s frowned upon. It’s just a line you don’t cross".

He also added, "And of course, these lads, they took out Jamie at the beginning of the show and that was a retaliation thing as well, but Jamie was a mistake. It wasn’t supposed to happen, it was an accident".

"The reason why they’ve taken Con’s son is that he is not involved in the business in any way and Con has kept him away from it and has never wanted him to get involved".

"A line has been crossed and they are in deep water now. Women and children are just a no-go area here. It’s just something you do not do".

He added, "It shows you how desperate the Kinsellas are that they would do something like this. Because it’s an unwritten rule in the real world of gangsters that women and children should never be involved or brought into this world. It’s a line you don’t cross".

Will he be back for a third series?

McErlean said, "It’s one of those shows where you really don’t know who is going to make it out," says McErlean. "We’ll have to see. Ciaran Hinds character is an extremely intimidating man".

"Eamonn has no idea of the amount that was stolen from him. He thought it was a bag of drugs and it turns out it’s all the drugs, all of it. I think that came as a bit of a shock to him".