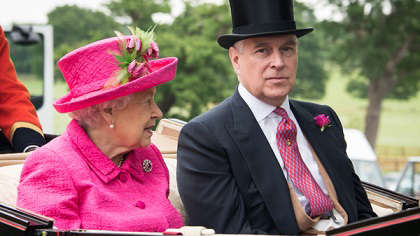 Prince Andrew has seen his request to have Virginia Giuffre's case thrown out has been dismissed by US Judge, Lewis Kaplan.

Prince Andrew may very well end up on trial in a public civil lawsuit for allegations of sexual abuse made against him. Earlier today, the Duke of York failed in his attempt to have Virginia Giuffre's case against him thrown out.

It is an unprecedented situation for a senior British royal -- the third child (and reportedly the favourite son) of Queen Elizabeth II. With the whole world watching, the situation has set up a dramatic series of legal proceedings to take place, which could produce major ramifications for Buckingham Palace.

Ms Giuffre alleges she had been trafficked by convicted sex offender and disgraced financier, Jeffrey Epstein, and claims to have been forced into performing sexual acts with the royal. The Duke of York has vehemently and categorically denied the accusations, claiming to reporters that it “did not happen.”

A state law, enacted in New York in 2019, has expanded the statute of limitations in child sex abuse cases. This recent change in law has given survivors more opportunities to seek justice, and has enabled Giuffre to bring her case forward under the Child Victims Act.

During August of 2020, an attorney for Giuffre told reporters that filing the civil case was to show “all perpetrators of abuse should be held accountable.” According to the lawsuit, their client had been seeking damages “in an amount to be determined at trial,” attorneys' fees and other further relief “as the Court may deem just and proper.”

Today’s court decision ignores pleas made by Andrew’s attorneys late last year, who filed a motion to have the case dismissed. As a result, they must prepare the prince to face a New York court sometime in the future.

In his ruling, judge Lewis Kaplan wrote that “Giuffre's complaint is neither 'unintelligible' nor 'vague' nor 'ambiguous.' It alleges discrete incidents of sexual abuse in particular circumstances at three identifiable locations. It identifies to whom it attributes that sexual abuse.”

Andrew has already faced a mountain of scrutiny for his association, and close friendship with disgraced financier, Jeffrey Epstein. The duke had also been close friends with the financier’s former partner, Ghislaine Maxwell, who was convicted last month for her role in facilitating Epstein's abuse.