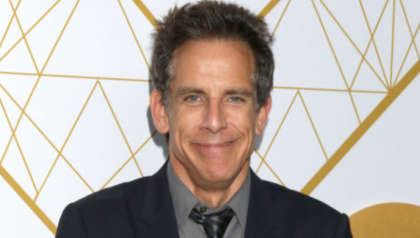 Hailing his as his "hero", the actor was full of praise for the president for rallying the world's support for Ukraine as they continue to face this Russian invasion.

"It's a great honour for me.. you're my hero!", Stiller told the president. "What you've done, the way that you've rallied the country, the world, it's really inspiring," said the 56-year-old American star, referring to President Zelensky's speeches to audiences around the world to rally support for his embattled country".

Zenlensky's office had shared footage of this event.

It was an honour to meet President @ZelenskyyUa on #WorldRefugeeDay as part of my visit with UNHCR @Refugees to stand in solidarity with people forced to flee in Ukraine and worldwide, and bring more attention to the humanitarian situation. @Refugees #WithRefugees pic.twitter.com/zpNpva233j

Ben Stiller had already visited the Kyiv suburb of Irpin, where many fierce battles had taken place early on in the invasion.

"I feel it's hard to understand what's actually going on here if you haven't been here", he also told Zelenksy. "I was in Irpin this morning... and the actual level of destruction, you see it on TV, you see it on social media, but it's something else to actually see it, feel it and then to talk to the people".

Appreciating Stiller's kind words, Zelenksy added, "It's very important for us that people don't forget. It's not interesting to speak about the war every day... but for us it's very important".

Ben Stiller and Voldomyr Zelenksy also share the common interest of comedy films, with Stiller of course appearing in Meet The Parents and Night At The Museum films, while Zelenksly also appeared in 2019 comey Servant of the People.

"You quit a great acting career", Stiller said to Zelenksy.

"Not as great as yours", was the president's retort.