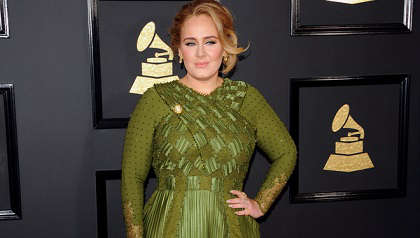 Adele has apologised to fans via Face Time after postponing her shows at Las Vegas.

The singer has offered fans a face to face apology, after announcing last week that her shows would not go ahead.

“We’ve tried absolutely everything we can to put it together in time and for it to be good enough for you, but we’ve been absolutely destroyed by delivery delays and Covid", the singer wrote via Instagram.

Sharing videos of her Face Time chats, Adele can be heard telling one fan, “I’m really sorry I’m not there. It’s the only thing I was looking forward to but not everything arrived and I’m sorry".

The calls seemingly took place from a special merch store, which remains open, despite the shows postponements.

One such fan that Adele spoken to, had also gone viral after sharing her experiences of buying fake tickets for a previous gig. She also bought tickets for a London show in 2017, only to be cancelled.

“I’ll come and see you and we’ll have a photo together", Adele promised the fans.

The fact that @Adele is taking time to FaceTime fans who flew to Las Vegas for her concert, shows how genuine she is. Las Vegas is lucky to have her here. #AdeleVegas 🎥 @Dominic_Criso pic.twitter.com/bPB64Cehje

Ended with FaceTime with Adele pic.twitter.com/R0RgckeH0k

Adele also joined fans who sang "Do You Remember" and "All I Ask".

Thanking fans for their support, Adele also tweeted, “I have the best fans in the world! Your graciousness and love tonight is overwhelming! Thank you".

New dates for the shows have yet to be confirmed.