Katie Price Arrested On Suspicion Of Breach Of Restraining Order 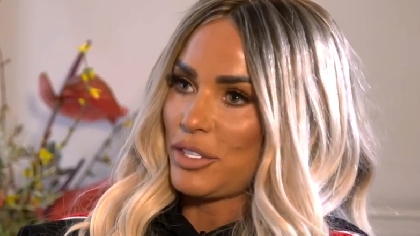 Katie Price is facing possible jail time after being arrested on suspicion of breaching her restraining order on Friday.

According to The Sun, Price was reported to police after sending an abusive message to ex-husban Kieran Hayler and his fiance, Michelle Penticost.

A representative for the Sussex Police reported: "At 5.45pm on Friday (January 21) police responded to a report that a suspect had breached their restraining order.

"Officers arrested a woman in her 40s who has been released under investigation while inquiries continue."

The conditions of Price’s five-year restraining order issued in 2019 prohibit her from contacting Penticost in any fashion.

The restraining order was filed after Price was fined hundreds of pounds for issuing a “tirade of abuse” at Penticost on a school playground.

Last week’s incident follows only weeks after Price was issued a 16-week suspension for drunk driving while she was disqualified and without insurance, the result of which ended in a two-year driving ban for the former model.