My Sister Is Promoting Memoir "At My Expense" Says Britney Spears 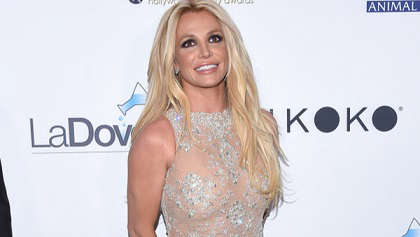 Britney Spears has claimed that her sister Jamie Lynn Spears used a recent television interview to sell her own book "at my expense".

Other quotes coming from the Oops I Did It Again singer include claiming that her sister "never had to work for anything". Adding that she (Britney) has always been "the bigger person".

This comes after Jamie Lynn Spears spoke to Good Morning America, where she called herself "My sister's biggest supporter", she claimed that she "took steps to help" her to break free from her 13 year conservatorship, which ended last November.

Jamie Lynn Speers was also speaking about her upcoming memoir Things I Should Have Said. This arrives on January 18.

"sell a book at my expense"

Following this interview, Britney Spears made this claim that Jamie Lynn Spears has been trying to sell a book "at my expense".

"She was never around me much 15 years ago at that time…so why are we even talking about that unless she wants to sell a book at my expense".

Britney added, "I wrote a lot of my songs and my sister was the baby. She never had to work for anything".

"Everything was always given to her".

"I always was the bigger person. They all got to do it and play me and I always sat there and took it".

"I do remember asking my sister why she did that when she knew I was waiting to change my show and her only words were "well, it wasn’t my idea’…".

She concluded her message by adding, "Hope your book does well Jamie Lynn".