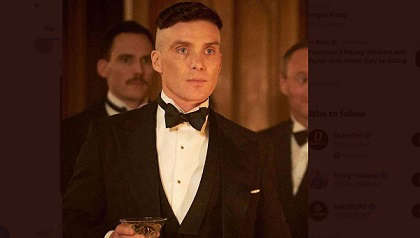 Peaky Blinders Steven Knight has given an exciting update regarding the upcoming spin off movie for the popular series.

While confirming that the movie script is "almost there", Knight also revealed that the film will continue on from the show's recent 6th series.

Knight also revealed that Cillian Murphy will reprise his role his Tommy Shelby in the movie. He also added that Paul Anderson will also continue in his role as Tommy's brother Arthur Shelby.

While remaining coy on the overall plot, Knight did state that it would entail real life stories from World War II.

"I'm always interested because, with the Second World War, there was so much going on and so much death and destruction", he added. "Lots of things happened that didn't really make it into the history books. So it's those things I'm focusing on".

Production for the Peaky Blinders film is to begin next year, with a possible release date at some stage in 2024.