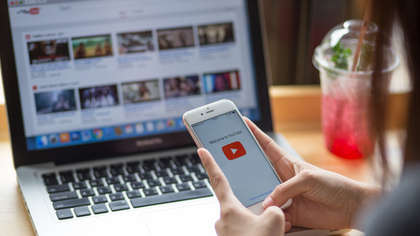 A Limerick councillor has shared examples of the misogynistic abuse she has received on social media platforms.

As part of the National Women’s Council of Ireland’s (NWCI) #StopOnlineAbuse campaign, Limerick councillor Elisa O'Donovan shared a video which highlights some of the abuse targeted towards her.

O'Donovan says the video is just one of several that have targeted her. In the video she is depicted as a witch.

As part of @NWCI #StopOnlineAbuse I will start with my experience of @YouTube. A series of videos has been made about me this yr. This is a compilation of some of those videos. YouTube tells me these are not in violation of guidelines and to deal directly with the content creator pic.twitter.com/kW7tCrkhst

The councillor says she has been told by YouTube that the videos are "not in violation of guidelines" and that she should "deal directly with the content creator."

The NWCI called the "sexist and misogynistic" abuse of O'Donovan through YouTube "completely unacceptable."

"We thank her for so powerfully shining a light on misogynistic abuse, a significant barrier to women's political participation," the NWCI said in reaction to O'Donovan's post.

Earlier this year Green Party Limerick TD Brian Leddin apologised for comments he made about O'Donovan in a conversation on a Whatsapp group. Leddin had described O'Donovan as "unhinged" and said she "craved fame."

"Finding out that I was spoken about in this way by a group of people was a really horrible and distressing experience," O'Donovan wrote in a letter to the Green Party.

The Green Party Executive refused to formally sanction Leddin over his comments.

This morning I wrote to the @greenparty_ie Executive Committee. All I can ask is that my experience is read and reflected upon 💚 pic.twitter.com/ZAA9ddd3oJ