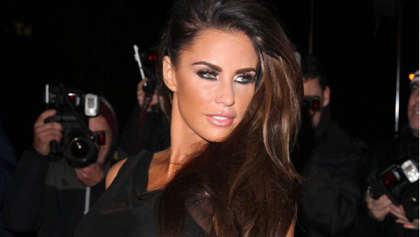 Katie Price has pleaded guilty to drink driving whilst disqualified and has been warned that she could face prison following a crash near her home in Sussex.

The model will receive treatment at the Priory Centre after admitting to police, "I took drugs, I should not be driving, I admit it all".

Katie Price was also warned, "We regularly send people to prison for driving whilst disqualified".

Describing the incident as a "one off", Price's defence solicitor  Joe Harrington said "She has had a lot of personal problems recently".

He added, "Currently she is in the process of bankruptcy proceedings so her house may be repossessed So quite a lot going on in this lady’s life, a really difficult period".

"As I understand it she had been drinking, she was lonely and she decided to go and see a friend who lived a relatively short distance away and that is when the incident happened".

Appearing at Crawley Magistrates Court yesterday (September 29), Judge Julie Hutton delayed passing sentence until December 15, providing that Ms Price did not commit any offences and received treatment at the facility. She was also banned from driving in the interm.