Dail Staff Complain of “Exhaustion” From Overworking During Pandemic 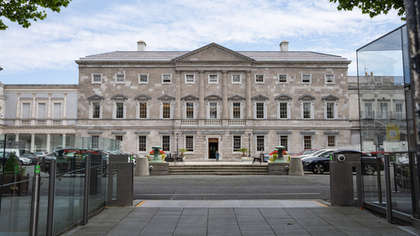 Staff at the Dail have complained of suffering from exhaustion due to being overworked throughout the pandemic.

Representatives of union Forsa have accused Oireachtas authorities of breaching the European Working Time Directive during the pandemic.

Forsa say the working conditions are having "adverse effects on health, safety and welfare."

The union has penned a letter to Dail authorities in which they demand action to be taken immediately.

Throughout the pandemic, extra sessions and late nights have become common in the Dail.

"Our members are exhausted and at their wits’ end with the current schedule," Derek Mullen, national secretary of the civil service division of Forsa, writes in the letter. "It is impossible for them to structure or manage any form of family life because of the unpredictable and unsocial aspects of their work."

"The relentless extension of sittings/meetings is having an adverse effect on their health, safety and welfare," the letter continues. "This is unacceptable and, in my view, the political side should know better. The current schedule and repeated extension of business at very short notice is putting an enormous strain on everybody. It would be difficult in the best of times and is beyond acceptable during this ongoing pandemic."

"The staff involved have little or no predictability thereby causing severe personal and domestic challenges that no group of workers should have to endure," Mullen adds. "It is unacceptable that members of the legislature would, on an ongoing basis, display such scant regard for such basic principles as the legislative entitlement to daily rest and weekly rest as provided under the European Working Time Directive and Organisation of Working Time Act."