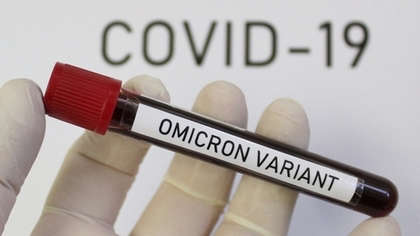 Ireland's first case of the Omicron variant has been detected.

NPHET confirmed that following genome sequencing conducted on eight samples, one sample was found to be Omicron.

The case is believed to be related to someone who recently travelled outside the country.

"I suppose what we’ve seen with previous variants, Alpha and Delta is that if they have a variant has a genuine advantage, then over a period of time it will ultimately become dominant in many respects, that’s probably an inevitability," said Dr Cillian De Gascun, Director of the National Virus Reference Laboratory. "I suppose the thing I would highlight is that what the virus needs is obviously it’s a combination of a transmission advantage and enhanced socialisation to actually transmit from person to person. If we look at Omicron at the moment, we still don’t really have as much definitive evidence of its transmission advantage."

"We don’t see any level of evidence at least of community transmission of this variant in Ireland and I think that’s a key measure or the importance of travel measures," de Gascun added.

The World Health Organisation has said it will take several weeks to establish how transmissible Omicron is, but it is believed to be more infectious than previous variants.

"Countries should continue to implement the effective public health measures to reduce COVID-19 circulation overall, using a risk analysis and science-based approach," the WHO said. "They should increase some public health and medical capacities to manage an increase in cases."