ABBA is Back After 40 Years 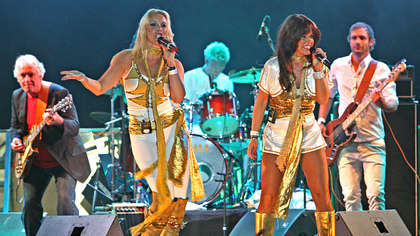 ABBA has reunited nearly 40 years since they last made music together. The Swedish pop group recently announced plans for an upcoming 'hologram' concert in London following the release of their first studio album in four decades.

"We took a break in the spring of 1982, and now we've decided it's time to end it," the band announced in a news release. "They say it's foolhardy to wait more than 40 years between albums, so we've recorded a follow-up to The Visitors."

ABBA is an acronym comprising its members names: Agnetha Fältskag , Anni-Frid "Frida" Lyngstad, Benny Andersson, and Björn Ulvaeus. The band was founded in 1970 and went on to win the 1974 Eurovision Song Contest with "Waterloo". Since then they have solidified their stardom with songs like "Dancing Queen" and "Fernando" while their song "Mamma Mia" inspired a Broadway musical and film franchise starring Meryl Streep and Cher.

ABBA's new album Voyage is set to be released on November 5 and includes songs like "I Still Have Faith in You" and "Don't Shut Me Down" all recorded at Andersson's Riksmixningsverket studio in Stockholm.

Next May the group plans to stage a digital performance in a specially built arena at the Queen Elizabeth Olympic Park.

"We're going to be able to sit back in an audience and watch our digital selves perform our songs on a stage in a custom-built arena in London next spring," reads the announcement. Tickets for the event go on sale Sept. 5.

"We're truly sailing in uncharted waters," the statement continues. "With the help of our younger selves, we travel into the future. It's not easy to explain, but then it hasn't been done before."