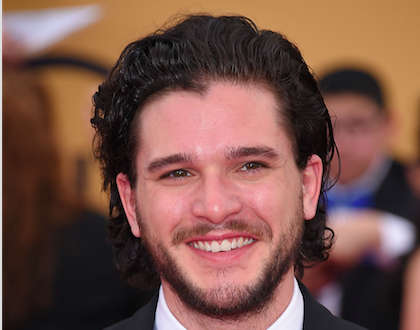 In a recent interview actor Kit Harrington announced that he is "very happy" and "content" after winning his battle with alcoholism and depression.

The Game of Thrones star told The Sunday Times that he is sober after a "huge fundamental change in who I was and how I went about my life".

Harrington recently became a father after he and his wife, actress Rose Leslie, gave birth to their first son.

"I have a child and my relationship is brilliant," Harrington told The Sunday Times.

“Things that have happened to me since Thrones ended, and that were happening during Thrones, were of a pretty traumatic nature and they did include alcohol," he added.

The actor also revealed that he'd struggled with suicidal thoughts: “I went through periods of real depression where I wanted to do all sorts of things.”

According to Harrington, the thoughts made him feel "bad" and "shameful" : “And getting sober is the process of going, ‘No, I can change’.

“I just think that’s the most beautiful thing. It really helped.

“That was something I kind of clung to; the idea that I could make this huge fundamental change in who I was and how I went about my life.”

The actor added that fatherhood is “the most physically draining thing”.

“My hat goes off to any single parent,” he said.

“Because it’s more exhausting than everything I did on Thrones.”