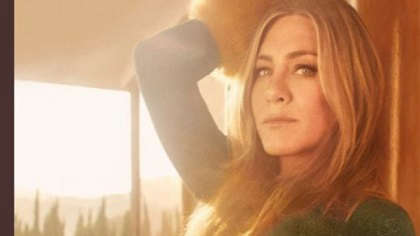 Previously, the Friends star revealed that she cut people out of her life over their anti-vaccine views.

"There's still a large group of people who are anti-vaxxers or just don't listen to the facts. It's a real shame. I've just lost a few people in my weekly routine who have refused or did not disclose [whether or not they had been vaccinated], and it was unfortunate", she said.

"I feel it's your moral and professional obligation to inform, since we're not all podded up and being tested every single day. It's tricky because everyone is entitled to their own opinion—but a lot of opinions don't feel based in anything except fear or propaganda".

"That is why I worry"

Aniston's comments received criticism, for which the actor took to Instagram to respond.

Sharing one of the questions put to her in her Instagram story she said, "But if she's vaccinated she's protected correct? Why be worried about unvaxxed people around her?”.

Aniston replied with, "Because if you have the variant, you are still able to give it to me. I may get slightly sick but I will not be admitted to a hospital and or die. BUT I CAN give it to someone who does not have the vaccine and whose health is compromised (or has a previous existing condition)—and therefore I would put their lives at risk".

"THAT is why I worry", she added. "We have to care about more than just ourselves”.

She also added a photo of an emboridery with the caption, "What doesn't kill you mutates and tries again".