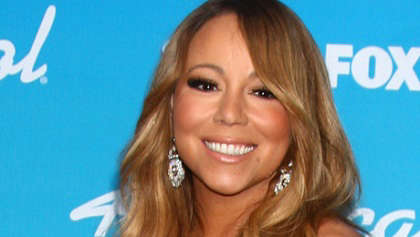 Singer Mairah Carey has paid tribute to her Irish heritage by launching her own liqueur brand.

"Two years in the making"

The liqueur brand is called Black Irish, and Carey confirmed the brand's launch via her Twitter account.

In the post, the singer snapped a shot of herself in evening wear, on a beach with a bottle of her new drink. She also wrote,  "Two years in the making. Truly a cause for celebration".

Carey's Irish heritage traces back to her grandparents who were originally from county Cork.

Mariah Carey's mother was Patricia Hickey, who was a vocal coach and opera singer. She had been born and raised in the US to two parents originally from Cork. Her father Alfred Roy Carey was an engineer of Venezuelan and African American descent.

The Black Irish Liqueur will be available in three flavours Original, Salted Caramel and White Chocolate. The tagline "a cause for celebration" comes from Mariah Carey's 2005 hit "It's Like That".

The Meaning of Mariah Carey

Last year saw Carey launch her memoir The Meaning of Mariah Carey, where she revealed that she was one of three children raised by a widowed Irish Catholic woman.

"To a certain extent, I know how my mother became who she is. Her mother certainly didn’t understand her", she wrote. "And her father never had a chance to know her; he died while her mother was pregnant with her".

She also revealed that her mother "rebel" Patricia was disowned by her family for eloping with a black man.

Mariah explained, "My mother not only ignored the moral code of her hometown, she rebelled against it, later becoming active in the Civil Rights movement".

"Young Patricia had big dreams - many of which she realised".

Mariah also spoke about her difficulties growing up as a mixed race person.

"White people have a difficult time with [mixed race]. It's like, my mother's white - she's so Irish, she loves Ireland, she's like, yay, Ireland! Waving the flag and singing When Irish Eyes Are Smiling. And that's great. I appreciate that and respect it", Carey told the Guardian.

"But there's a whole other side of me that makes me who I am and makes people uncomfortable. My father identified as a black man. No one asked him because he was clearly black".

"But people always ask me. If we were together, people would look at us in a really strange way. It sucked. As a little girl, I had blond hair and they'd look at me, look at him, and be disgusted".

Why would anyone be shocked that I’m drinking this on the beach? Hi it’s me

💖 Thank you for the art @manueldesigner_ I live for it!!!! pic.twitter.com/uYfOkDMBW0