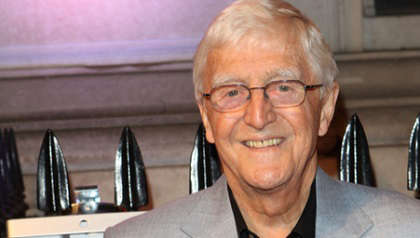 In this frosty interview, Ryan sat there, giving one word answers, after allegedly being rude to her fellow guests on the show, the fashion double act Trinny and Susannah.

Ryan had then snapped to the host "wrap it up".

Having previously labelled the star "an unhappy woman", Parkinson has now issued and apology to Meg Ryan.

"I was quite obviously angry with her and it’s not my business to be angry towards the guests. I came across as kind of pompous and I could have done better", he said.

When asked what he would say if he met the You've Got Mail star again, Parkinson added, "I’m sorry. But you must understand that you played a part in it, too. Neither of us were on top form, and we were both discomforted".

On the interview, Ryan had previously said that Parkinson had spoken to her like a "disapproving dad", and also called him a "nut".

After a decorated career in television, Michael Parkinson retired in 2007.