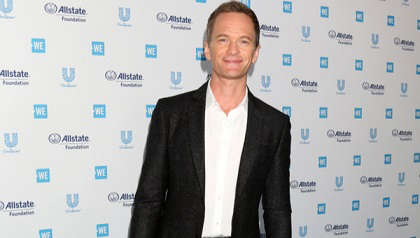 Neil Patrick Harris has apologised over a joke he made over the death of Amy Winehouse.

Amy Winehouse sadly passed away from alcohol poisoning on 23 July 2011. The singer released two critically acclaimed albums Frank (2003) and Back To Black (2006).

Three months after her death, a Halloween party which was hosted by Harris and his husband David Burtka featured a food platter which was decorated to look like "the corpse of Amy Winehouse".

11 years later, a photo of this platter came to light, which has led to Harris releasing this statement, where he issued an apology for his "regrettable joke".

The How I Met Your Mother star said, “A photo recently resurfaced from a Halloween-themed party my husband and I hosted 11 years ago. It was regrettable then, and it remains regrettable now. Amy Winehouse was a once-in-a-generation talent, and I’m sorry for any hurt this image caused".

Winehouse's death and struggles with substance have been explored in several documentaries, including the 2015 biopic Amy, which was directed Asif Kapadia. This also won an Academy Award for Best Documentary.