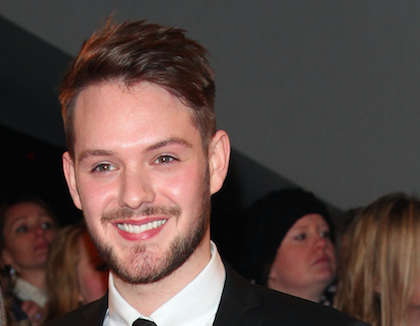 The show, guest hosted by Matt Lucas, announced that John Whaite would be the newest celebrity contestant on Strictly's upcoming series.

Whaite, who won The Great British Bake Off in 2012, will make Strictly history as part of the show's first ever all-male pairing. Whaite responded to the news saying: “It’s an honour. When they asked me if I’d be interested I just bit their hand off… to see two men and two women dancing together… it’s about intimacy and respect. In our society men are conditioned not to open up and be emotional and I think it’ll help with that… I don’t think it’s sunk in!”

When Matt Lucas asked Whaite is he had any preference on who he'd like to be paired up with, he replied: “I couldn’t pick a single one because they’re all so supremely talented… I just don’t know who I want! Obviously I’m 6’2 so it has to be someone quite tall… but honestly I’d dance with a parrot!”

The celebrity baker revealed that he was particularly excited to dance the Samba - “Something spicy with hippy action, I’m excited to do the Latin stuff”.