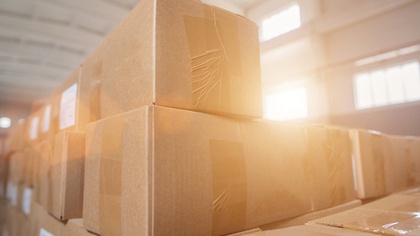 Illegal drugs destined for Limerick have been seized by Revenue officers.

The narcotics were discovered by Revenue officers while conducting routine operations at Dublin Mail Centre.

With an estimated street value of over €200,000, the parcels included such illegal substances as herbal cannabis, Zopiclone tablets, butane honey oil and MDMA tablets.

The parcels had been sent from a range of countries, including the US, Canada, Spain, Germany and the Netherlands. In an attempt to deceive customs officers, the parcels had been falsely marked as items such as toys, computer equipment and pillows. However there was no fooling Bailey, Revenue's detector dog, who alerted his human colleagues to the illegal shipments.

Purchasing illegal drugs through the post has become increasingly common over the last decade, thanks to their availability on the internet's "dark web." The practice was pioneered by Ross William Ulbricht, who founded a website named 'Silk Road' in 2011. Using bitcoin, Silk Road's customers could purchase all manner of illegal goods, including weapons. Eventually apprehended by the FBI, Ulbricht is currently serving two life sentences, but multiple similar sites have sprung up since, with authorities struggling to halt the trade.

The latest seizures are part of an ongoing Revenue operation. Those with information pertaining to smuggling are requested to contact Revenue through the Confidential Phone Number (1800 295 295).