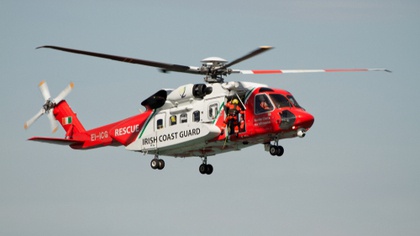 A surfer who was airlifted to University Hospital Limerick has passed away.

20-year-old lifeguard Fionn O'Brien was surfing on Lough Donnell near Quilty in County Clare on Monday morning when he got into difficulty.

CPR was administered on the scene before O'Brien was airlifted to UHL where he was later pronounced dead.

Tributes have been paid on social media by those who knew O'Brien.

On Facebook, O'Brien's GAA club, St Joseph's Doora/Belfield said they learned of his passing with "great sadness and huge shock." The club described O'Brien as "a very talented dual player with the club, blessed with great skill and lightning speed." O'Brien had "the promise of a lot more to come," the post continued.

Rice College of Ennis, where O'Brien attended secondary school, remembered him as "a wonderful, smiling and talented young man," and said he "will be sorely missed by all who knew him."

Water Safety Ireland, with whom O'Brien served as a lifeguard, expressed their sympathies to his family. "Everyone in the lifesaving community is mourning the untimely loss of our dear friend," they said.