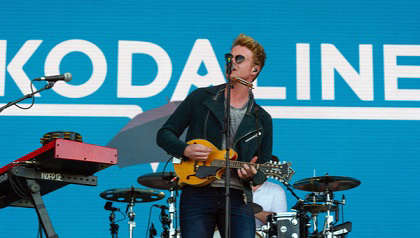 Kodaline have cancelled their Irish gigs due to positive Covid cases among members of the touring band.

Update regarding shows this weekend pic.twitter.com/GfJJ6ISqjK

Kodaline were forced to cancel shows at Castlebar, Killarney and Wexford on the 12, 13 and 14 December respectively.

Despite this news, the Swords rockers have reasurred fans that their tickets will still be valid for their rescheduled shows. They also said that fans will get their money back if they are unable to reschedule these gigs.

One wrote, "Just landed in Ireland and I see this. Glad I booked a Dublin gig as well. Hope they feel better soon".

"Absolutely gutted just boarding the plane to come see you guys Pensive face. Hope for a speedy recovery", another added.