Closing Arguments Due In Depp Versus Heard Trial 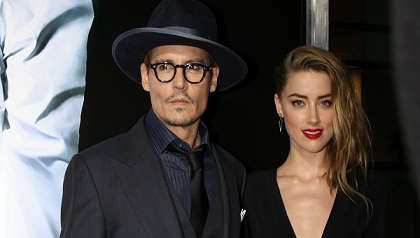 Following a six week trial, the closing arguments are due in the defamation trial between former married couple Johnny Depp and Amber Heard.

Johnny Depp is suing his ex wife Amber Heard over an article she published in the Washinton Post in 2018, where she alleged that her ex husband sexually and violently abused her during their 2 year marriage from 2015 to 2017. The article was titled 'I spoke up against sexual violence — and faced our culture's wrath. That has to change'.

Depp has always denied these allegations, calling them "outlandish" and "outrageous". The actor has also said that the allegations cost him several high profile film roles, including Fantastic Beasts and Pirates of the Carribean. Depp has also claimed that he was the victim of domestic abuse.

Heard is counter suing Depp for calling the allegations a "hoax", claiming that she has missed out on a bigger role in the recent Aquaman film as a result.

Over the past six weeks, jurors have heard evidence from respective familiy members, friends, medical experts, psychologists and work mates. Depp and Heard have also given evidence twice.