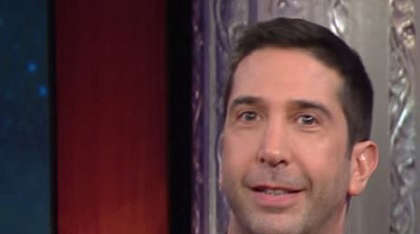 A representative for David Schwimmer has denied rumours that the actor is dating Friends co star Jennifer Aniston.

After it was reported earlier this week that the pair were involved romantically, a rep for Schwimmer told the Independent, "there are no truths to the rumors of a romance".

These rumours had been sparked back in May, when during the highly aniticpated "Friends Reunion",  David Schwimmer and Jennifer Aniston revealed that they almost got together off screen. Ross and Rachel nearly happening for real!

Schwimmer admitted to the host James Corden that he had a "major crush" on Aniston, adding that it was "reciprocated".

On his attraction to his co star, Schwimmer said, "We were both crushing hard on each other, but it was like two ships passing".

"One of us was always in a relationship and we never crossed that boundary".

Meanwhile Aniston recalled, "I remember saying one time to David, ‘It’s going to be such a bummer if the first time you and I actually kiss is on national television".

"And sure enough, it was… We just channeled all of our adoration and love for each other into Ross and Rachel".

While Schwimmer was married to Zoe Buckman from 2010 to 2017 with whom he has a 10 year old daughter with.