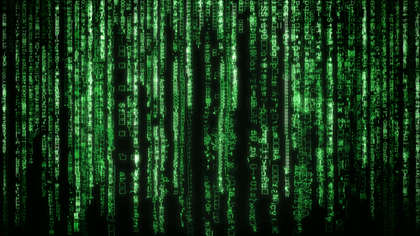 The Matrix Resurrections, the upcoming fourth instalment of the Matrix series, has devised a novel way to give fans a tease of what to expect from the sci-fi sequel.

The first trailer is set to drop later this week, but fans can check out some footage from the sequel by visiting WhatIsTheMatrix.com.

Inspired by the themes of the films, the website immediately greets visitors with a choice. Do you click on the red pill or the blue pill? In The Matrix, those who take the red pill are enlightened to the truth of their existence within the simulated world of the Matrix, while those who choose the blue pill remain blissfully ignorant.

The footage you get to watch depends on a combination of the time of day and which pill you choose.

In one particularly novel clip, the voice of actor Yahya Abdul-Mateen II greets visitors with the following message: "This is the moment for you to show us what is real. Right now you believe it's (the time of your visit) but that couldn't be further from the truth. Could be this is the first day of the rest of your life, but if you want it, you gotta fight for it."

There are reportedly more than 180,000 combinations of footage and voiceovers on offer to visitors to the site.

The trailer was premiered recently at the theatrical exhibition industry convention Cinemacon, but WhatIsTheMatrix.com offers the general public the first glimpse of the long-awaited sci-fi sequel.

While the original three films were written and directed by the Wachowski sisters (or the Wachowski brothers as they were known then), Lilly sits this one out with Lana directing and co-writing with David Mitchell and Aleksander Hemon.

Released in 1999, The Matrix was a box-office smash, taking $465 million on a budget of $63 million. It inspired two straight sequels in 2003 along with various spinoffs including the animated feature The Animatrix.

Along with its mainstream success, the film developed a cult following due to its philosophical themes. It's become a favourite with conspiracy theorists, men's rights activists and the alt-right, who seized upon the concept of the red and blue pills. Such people like to accuse those who disagree with their worldview of "taking the blue pill" and allowing themselves to be controlled by mainstream media narratives.

On the other side of the political spectrum, the film has been interpreted as a trans allegory. In the 1990s a red coloured pill was used in estrogen hormone therapy and both Wachowskis have since transitioned from male to female.

"The Matrix stuff was all about the desire for transformation, but it was all coming from a closeted point of view," Lilly Wachowski said in an interview earlier this year. "We had the character of Switch, who was like a character who would be, y'know, a man in the real world and then a woman in the Matrix. That's where our headspaces were."

Recently Elon Musk posted the message "Take the red pill" on his Twitter feed, which prompted Ivanka Trump to reply "Taken." Lilly Wachowski replied "F**k both of you" to the controversial pair.

The Matrix Resurrections is in Irish cinemas from December 22nd. A trailer drops this Thursday.