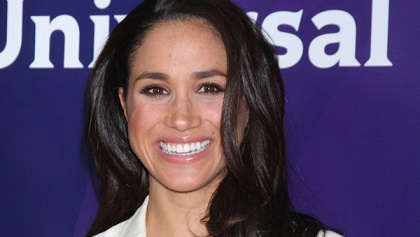 The British Duchess of Sussex has given a new interview to presenter Ellen DeGeneres.

Releasing a trailer of the interview via her Twitter account, DeGeneres confirmed that Meghan would appear on her chat show this Thursday.

Ellen tweeted, "A lot has changed since the last time Meghan, The Duchess of Sussex, was on the Warner Brothers lot. Don't miss the rest of our interview tomorrow".

A lot has changed since the last time Meghan, The Duchess of Sussex, was on the Warner Brothers lot. Don’t miss the rest of our interview tomorrow. pic.twitter.com/pBihJLf0um

This comes after Meghan and her husband Prince Harry gave a high profile interview to Oprah Winfrey several months ago, where they claimed that an unnamed British monarch made racial comments regarding their son Archie, raising concerns over the colour of his skin before he was born.

Meghan also said that the British Royal Family failed to support her when she was experiencing suicidal thoughts. The couple also detailed Harry's strained relationship with his father Prince Charles and brother Prince William.

In this trailer, Meghan explained that she use to drive her "very very old" Ford Explorer Sport to the same Warner Brothers site for auditions.

"So to drive in today was very different", she joked. "I would open the trunk and climb in and then pull it shut behind me and crawl over all my seats to get out, that's how I would come to and fro".

"No, I would play it off. I go like, 'Oh, I'm just looking for my resumé and my highlighters or my script'", she added when asked by DeGeneres if anyone ever saw her.